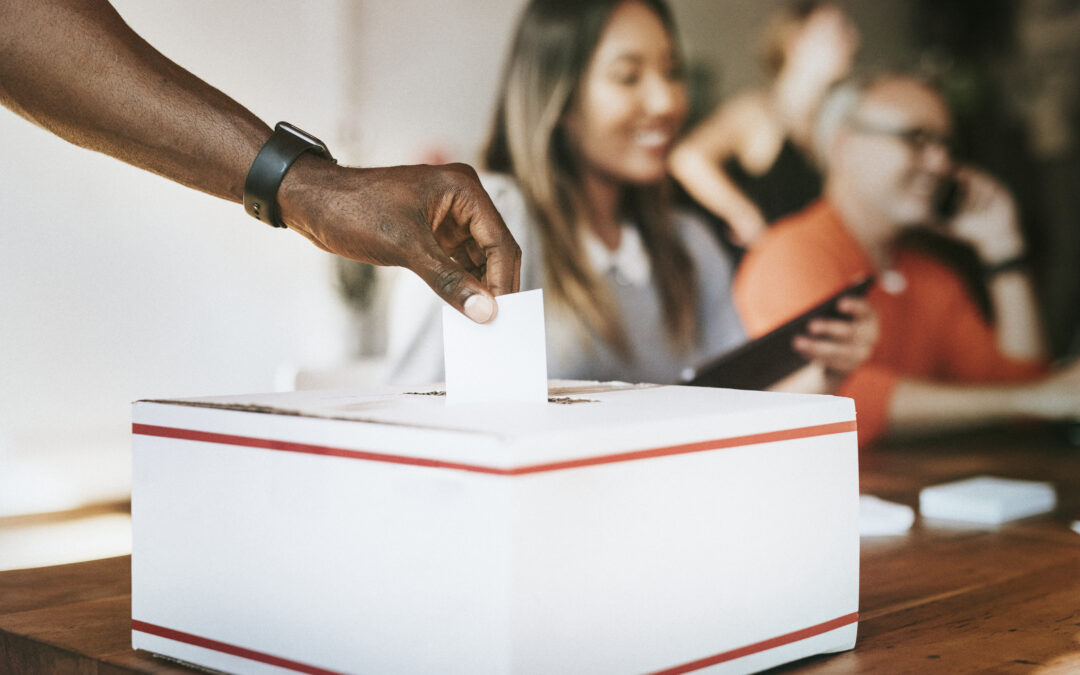 On July 19, I went to the polls to fulfill my civic duty and cast my vote in the Primary election.  As an Unaffiliated voter, I knew that I would not be able to cast a vote in either the Democratic or Republican primaries.  However, I did expect to cast a vote for Circuit Court Judge, as it is allegedly a “non-partisan” position (the same as School Board positions are considered).  To my surprise, Unaffiliated voters aren’t allowed to cast a vote for that position in the primaries.  Excuse me?  Just because I do not identify as a D or an R I don’t get to vote for a non-partisan position in an election?  In what way is that remotely fair or reasonable?

In my book Stop Falling for the Okeydoke: How the Lie of “Race” Continues to Undermine Our Country, I wrote that an “unstated purpose of the ‘two-party system’ seems to be to control and undercut any movement in our country that might foment real, systemic change to the benefit of We The People.  And yet we have become conditioned to rely upon these parties to allegedly act in our best interests.  In essence, we have ceded control of electoral politics in our “representative democracy” to two private organizations that are maintained and funded by moneyed interests…

In a letter to Jonathan Jackson in 1780, John Adams, one of the founders of our nation and our second president, shared his concerns about a political system limited to two parties.  He wrote,

“There is nothing which I dread so much as a division of the republic into two great parties, each arranged under its leader, and concerting measures in opposition to each other. This, in my humble apprehension, is to be dreaded as the greatest political evil under our Constitution.”

One of the chief architects of our Republic “dreads” division “into two great parties” that function in opposition to each other.  I would submit that his concern was warranted and has been proven correct! At this point, these parties often seem to function as more of an albatross for the nation than an asset. Members of one party will refuse to vote for something that can benefit the constituents they allege to serve because “they don’t want to give the other party a win.”  As a result, We The People lose!

Yet another Founder of our country, George Washington, shared his concerns in his farewell address in 1796 as he was preparing to leave the presidency after serving two terms as our first president.  He said, “In contemplating the causes which may disturb our Union, it occurs as matter of serious concern that any ground should have been furnished for characterizing parties by geographical discriminations, Northern and Southern, Atlantic and Western; whence designing men may endeavor to excite a belief that there is a real difference of local interests and views. One of the expedients of party to acquire influence within particular districts is to misrepresent the opinions and aims of other districts.

You cannot shield yourselves too much against the jealousies and heartburnings which spring from these misrepresentations; they tend to render alien to each other those who ought to be bound together by fraternal affection…The alternate domination of one faction over another, sharpened by the spirit of revenge, natural to party dissension, which in different ages and countries has perpetrated the most horrid enormities, is itself a frightful despotism. But this leads at length to a more formal and permanent despotism.”

Party factionalism leads those who should share a common cause to become “alien” to one another.  We ought to be bound by our common interest and “fraternal affection,” but instead the parties “alternate domination…sharpened by a spirit of revenge” and those in the majority abuse those in the minority in the same manner in which they felt abused when they were in the minority.  That is the definition of a “vicious cycle,” if there ever was one!

President Washington’s conclusion is that it becomes “horrid” and a “frightful despotism” that ultimately leads to a “formal and permanent despotism.”  It has, indeed, become regular, routine, systemic, permanent, and almost entirely and intentionally non-functional.

According to the National Conference of State Legislatures, Maryland is one of only nine states in the country to have a “Closed Primary.”  That means a voter seeking to vote in a closed primary must first be a registered party member. Across the country, more registered voters are identifying as “Unaffiliated” or “Independent” than ever before. Almost one-third of voters are now choosing not to identify with parties they feel do not reflect their values or meet their needs. I would submit it is time for Maryland (and all states) to adopt the “Open to Unaffiliated Voters” system that allows “only unaffiliated voters to participate in any party primary they choose, but do not allow voters who are registered with one party to vote in another party’s primary.” That prevents one party from playing games in another party’s primary, while not blocking Unaffiliated voters from having a say in choosing their representatives.

No one is entitled to my vote, to deny my ability to vote, or to force me to declare a party affiliation.  This law needs to change.  If you want my vote, earn it!