Live or Perish, The Choice Is Ours 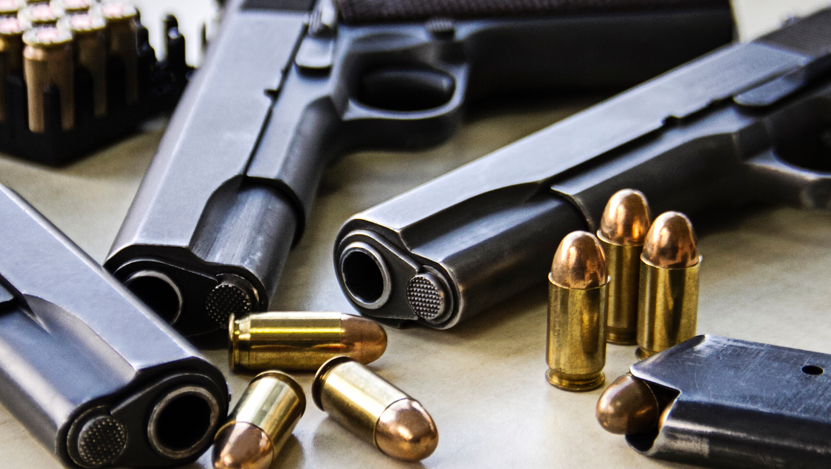 A few months ago, Editor Rick Hutzell asked me if I would consider writing a piece related to guns and the domestic terror attack that took the lives of five Capital Gazette employees. At the time, I wasn’t sure what my “hook” would be to discuss that tragedy in any meaningful way.

Alas, the past few months have made some things abundantly clear.

First, I will state the obvious. No one with a history of mental illness or domestic abuse and violence should be able to own a firearm. Second, enhancements such as bump stocks and other weapon augmentations that increase the firepower of weapons do not belong on our nation’s streets. Third, weapons of war (automatic weapons, etc.) don’t belong on our streets, either.

I believe that the greatest threat to civil society, however, is the determination by one individual or group that the lives of other individuals or groups do not hold the same value as their own.

These murderers somehow feel inherently better than or superior to others, which allows them to dehumanize them in such a manner that to kill those persons means nothing to them. Going one step further, the upsurge of recent incidents of domestic terrorism often seem to be tied to people who feel aggrieved by the demographic changes in the United States.

This discomfort with the changing face of America leads them to try to kill as many “others” as they can, in their efforts to push back against the inevitable.

This pushing back against “outsiders” is particularly ironic and galling given that it was outsiders from Europe who came to the “new world” and committed genocide against millions of indigenous persons already living here. And now those outsiders deign to claim “insider” status and want to keep everyone else out … at the point of a gun, if they have to.

All of this goes back to what the Rev. Martin Luther King, Jr. would call, “man’s inhumanity to man,” our inability to see humanity in an “other” or to treat an “other” with decency, kindness and respect. This death of civility in America is leading us into a yawning chasm of disconnection, discontent and hatred we may never escape. King said: “We must learn to live together as brothers or perish together as fools.”

I believe it is this misguided, false sense of superiority or a heightened sense of paranoia that have led us to this place of rampant violence and disrespect. Fear of the loss of a “white nation” that never was, in a world where the People of the Global Majority (people of color) are 90 percent of the people of this planet. We must learn to live together in peace or we will perish together in acrimony.

Nowhere is this loss of comity and decency in our community more keenly felt, at the local level, than in our public schools. I do not blame Anne Arundel County Public Schools for the transgressions of misguided children in our schools. I do, however, expect them to hold every student accountable who mistreats their fellow students.

But, the offending students didn’t learn how to be hateful and antisocial in the schools. They learned it at the kitchen table at home! Parents do their children a disservice when they teach them that hatred, prejudice and ethnicism are OK and that acting out on those feelings in a public place is also acceptable.

The world is changing and children miseducated with a false sense of “supremacy” will find themselves less able to function in a world growing more diverse by the day. Some may even feel justified and entitled to march into a newsroom or a synagogue or a church and ending the lives of however many “others” they can find.

This is a big world. Everyone has a place in it. No one else has the right to say who can or cannot be here. No one else has the right to take someone else’s life because they “disagree” with their skin color, their accent, their religion or their politics. We will either learn to live together or we will perish together, but whatever we choose, we will do it together. I pray we choose the former!