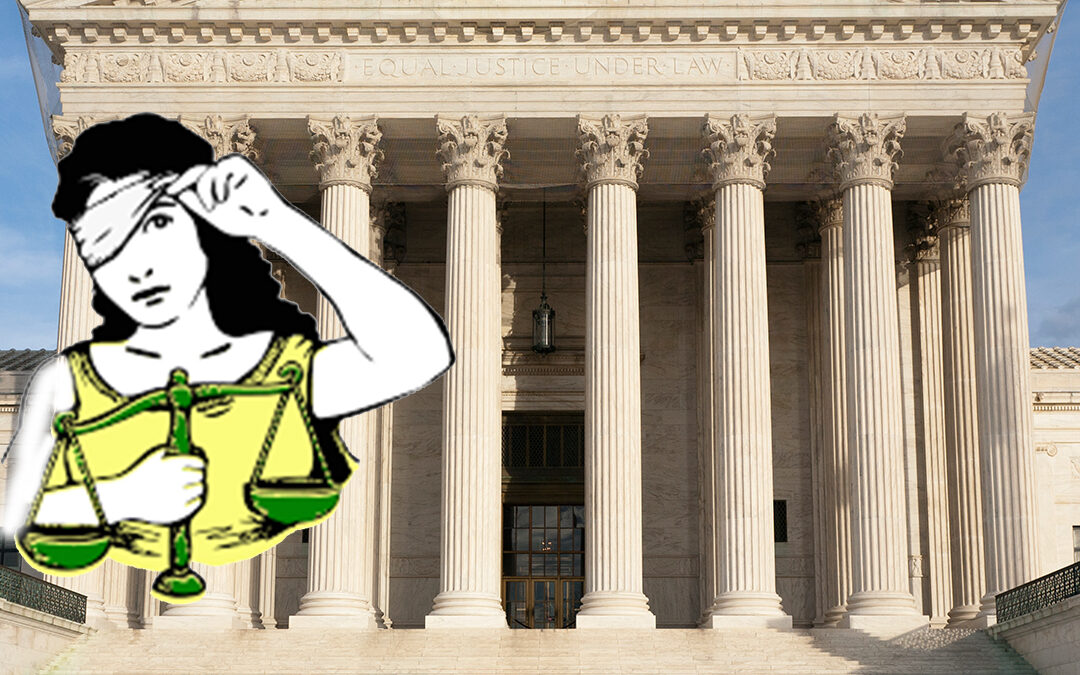 With the election just three weeks away, one item that has become a prominent campaign issue is the Supreme Court of the United States. The passing of the late Justice Ruth Bader Ginsberg has made control of the Court a campaign issue for the ages. Conservatives, and especially pro-life advocates, are determined to place a generational stamp on the direction of the Court by accelerating the hearings and confirmation of Judge Amy Coney Barrett to the High Court.

In a presentation at Barrett’s confirmation hearing, Rhode Island Senator Sheldon Whitehouse laid out, in great detail, the real reasons why this conservative takeover of the Federal courts is such a high priority for many in the conservative movement. He also highlighted the money trail undergirding this well-funded effort.  It have been funded by over $250 million – a quarter of a billion dollars – in “dark money” (anonymous donations, often from very wealthy donors or corporations) funneled through the Federalist Society the Judicial Crisis Network, the Donors Trust and the Bradley Foundation.  These organizations and others have helped to coordinate an “orchestrated chorus” of parallel amicus briefs and court cases designed to end up before the Supreme Court, to be ruled upon by the enhanced conservative majority (five of whom will have been appointed by Republican presidents who did not win the popular vote!) Do these groups and wealthy funders actually care about abortion?  Whether they do or do not care, a solid base of voters supporting the election of politicians to positions to oversee the conservative takeover of our courts are pro-life voters whose main focus, or even sole focus, is on the issue of abortion.

For those people who are preoccupied with abortion, more than any other issue or concern that may come before the Court, this is an opportunity to turn back the clock and take control of women’s bodies and the decisions that they make with respect to their reproductive health.  The issue/medical practice of abortion has many layers.  Are we really willing to deprive a woman (or girl) of abortion as an option if the child they carry was conceived in an act of violence?  Further, will we support state laws that would grant parental rights to sexual predators that would compel the victims of sexual violence to seek the agreement of their abusers, before making an already heart-wrenching decision, or worse, to force them to co-parent with their abusers? Will we insist that a woman carry a baby to term that has already been determined to have conditions that are incompatible with life?  And are we prepared to compel a woman to carry a pregnancy to term, even if it may endanger her own life?  Pregnancy is never a risk-free journey, but if we know in advance that continuing the pregnancy might cost the woman her life, is it still appropriate to coerce her to continue?

In the face of this complex issue, the Supreme Court is now front and center in our political calculations for this election season.  Let’s take a quick look at how much of the Court’s work actually involves addressing abortion.  The Supreme Court typically renders between 70 to 80 rulings a year. Taken in the aggregate over several years, less than 1 percent of those rulings have to do with abortion. But there is a segment of our society for whom that issue is so central to whom they believe they are, that they will unwittingly pitch the entire judiciary in a particular ideological direction in the hopes of achieving their desired outcome on that issue. These people refer to themselves as pro-life.

Benedictine nun sister Joan Chittister said the following with respect to “pro-life.” “I do not believe that just because you’re opposed to abortion, that that makes you pro-life. In fact, I think in many cases, your morality is deeply lacking if all you want is a child born but not a child fed, not a child educated, not a child housed. And why would I think that you don’t? Because you don’t want any tax money to go there. That’s not pro-life. That’s pro-birth. We need a much broader conversation on what the morality of pro-life is.”

In a July article in America The Jesuit Review, Archbishop William Lori of Baltimore wrote the following as he sought to explain to Catholics “Why Black Lives Matter.” The following excerpt is pertinent to the pro-birth, pro-life conundrum. “The cornerstone of the church’s social teaching is the truth concerning the dignity of the human person. Every person is created in God’s image and likeness and is endowed with inviolable dignity from the moment of conception until natural death…As Catholics, we rightfully believe that the unborn and frail elderly are endowed with inviolable human dignity.  The words “Black Lives Matter” should turn our attention not only to the grave injustices and indignities suffered throughout the black community but especially to the smallest and most fragile black lives whose situations are often made more perilous by poverty, unemployment, substandard schools, inadequate housing and poor health care. We cannot say we are fully “pro-life” if we routinely overlook the conditions in which far too many people (of color) live.” (Emphasis mine)

In his article, Archbishop Lori is seeking to remind Catholics that their concern for the “sanctity of life” cannot begin and end in the womb. We must all be concerned with the quality of life for former fetuses once they have exited the womb and must live their lives in this challenging world where they did not ask to come. To be truly pro-life means to be just as concerned about not only the 40 weeks of gestation, pre-delivery, but the next 75 to 80 years of life after they arrive.  Being authentically pro-life means being willing to support the spending of our Oh so coveted tax dollars to help provide supplemental nutrition for the 40 percent of our children who are growing up in poverty. To punish children, through policy, because of our self-righteous judgments about the poor choices and decisions of their parents, is immoral and does not value “human dignity.”

Being genuinely pro-life means supporting quality healthcare, childcare and early childhood education for these children once they are born.  It also means ensuring that schools in socioeconomically challenged neighborhoods are funded and supported on par with your child’s school, whether public or private.  It also means creating opportunities for these children to have vocational training, aside from the college track, so that they can support themselves and their families, yet unborn.  Genuinely being pro-life also means not subjecting former fetuses to endless wars on foreign battlefields that began on false pretenses in 2003 and continues to this day (longer that WWI, WWII and the Korean War combined).  If we truly support a culture of life and believe in the sanctity of life, the sanctified and precious lives of these young men and women must matter, too!

Finally, if some former fetuses make some mistakes in their lives and/or become addicted to drugs, being pro-life should make us concerned enough about their well-being to treat their addictions as a medical and mental health issue rather than a carceral one.  Jail is not the answer to many of the things our public policy would imply, and incarcerating people without a meaningful possibility to rehabilitate themselves and become contributing members of our society cannot in any way be construed as pro-life. Are we really willing to consider so many lives to be throwaways and unworthy of support, redemption or restoration?  Where is the sanctity and dignity in that?

The Supreme Court, and the Federal courts, cannot be packed with judges who we can be confident will rule in a certain way on the primary issue of our concern, to the detriment of many others.  How would they rule on issues related to the environment? Healthcare?  Workplace safety?  Administrative regulations protecting us from corporate excesses and greed?  Political donation limits and transparency? Gerrymandering?  Voter suppression? Civil rights protections for all of our fellow citizens? All these issues influence the lives of over 330 million former fetuses, like yours and mine.  Let’s take the time to consider all of what a prospective jurist will bring to our courts on more than just one issue, since they will get to rule on every case that comes before them and not just one. The sanctity and quality of all our lives is hanging in the balance on those scales of justice.

Submitted by Rev. Stephen Tillett, author of Stop Falling for the Okeydoke: How the Lie of “Race” Continues to Undermine Our Country. (www.StopFallingForTheOkeydoke.com).  Senior Pastor of the Asbury Broadneck United Methodist Church, Annapolis, MD, past President of the Anne Arundel County (Maryland) Branch NAACP and retired U.S. Air Force Chaplain.