Treason and Sedition: Don’t Burn The House Down While You’re Still In It 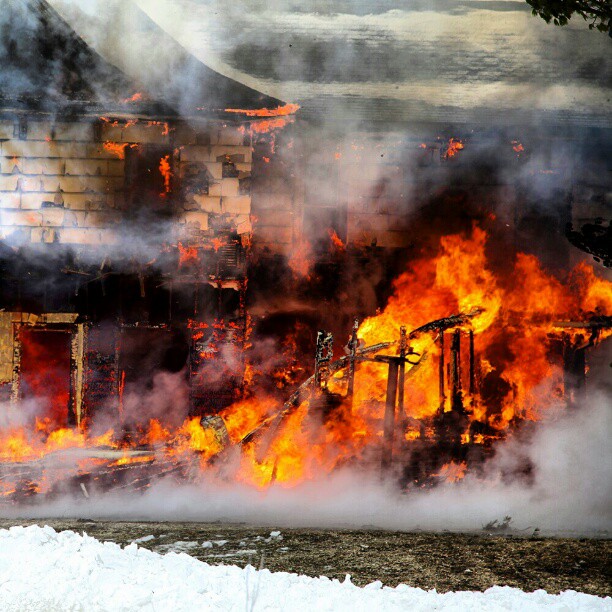 On November 3rd, almost 159 million people voted. That is over 62.3 percent of all voting age Americans. The 2020 election had the highest voter participation since 1960 and was the first turnout over 60 percent since 1968 (encompassing the last 12 election cycles). The voters expressed their will in an unmistakable fashion, and elected Joe Biden to be our next president with 81,283,098 votes, a margin of victory of over 7 million votes and 51.3 percent of all votes cast for president. It was a 4.5 percent margin of victory.

Of course, in the United States, the expressed will of the American people by their votes notwithstanding, the slavery-era compromise Electoral College, devised in the 1780’s, has the final say. In this election, President-elect Biden earned more than the necessary number of those votes to uphold the expressed will of the voters receiving 306 electoral votes. Despite these historic vote totals, there is now an ongoing effort by the losers to reinterpret the historic vote totals and claim that the election was “rigged” and “stolen” irrespective of the clear margins of victory. The go-to move for the losers has been to attack the integrity of the votes in several cities in “battleground” states (Atlanta, GA, Detroit, MI, Philadelphia, PA and Milwaukee, WI). Maligning the votes cast by majority African American voters is no accident. Ironically, there have been no unfounded aspersions of “voter fraud” for any of the states Donald Trump won, including a narrow victory in North Carolina, only in states where he lost.

What has followed is an embarrassing torrent of unsuccessful lawsuits that at least eighty-six judges, to date, have found bereft of facts and unpersuasive, from state courts to the Supreme Court. This has led to counter-constitutional efforts to try to sway state legislators and members of Congress to overturn the will of the voters. Now some are suggesting a new pipe dream of declaring martial law, to remain in the White House past noon on January 20, 2021. Nevertheless, I trust the patriotic men and women in the military and other institutions of government to uphold the results of the election that director of the Cyber Security and Infrastructure Security Agency, Christopher Krebs (a Republican) called, “the most secure in U.S. History.” They will honor the oath many of them took to “support and defend the Constitution of the United States against all enemies, foreign and domestic…(and) bear true faith and allegiance to the same.”

The critical question each of the provocateurs of debunked “voter fraud” lies must answer is: Why have they been willing to set aside their oaths to the Constitution to try to overturn a lawful and historic election just because they do not like the outcome? Article III, Section 3 of the Constitution speaks to spirit of the efforts to undermine our democracy. “Treason against the United States shall consist only in levying war against them, or in adhering to their enemies, giving them aid and comfort…” These activities can also be called Sedition, which is “overt conduct, such as speech and organization, that incites resistance to or insurrection against lawful authority” which may include the “subversion of a constitution.” It is a “betrayal of trust.” By supporting unprovable lies and conspiracy theories, these people are committing acts of treason and sedition against our country.

In Federalist No. 43, James Madison wrote, “As treason may be committed against the United States…But as new-fangled and artificial treasons have been the great engines by which violent factions, the natural offspring of free government, have usually wreaked their alternate malignity on each other.” In other words, people may use the freedoms of our democracy to wreak malignity (great harm) on that democracy, if they do not get their way. They try to burn down the house they are still living in!

Here is the great truth buried in the statistics in the first paragraph. Many of these acts of treason and sedition are being carried out by people who arrogantly label themselves “patriots” and bloviate on and on about “freedom.” You are not patriots and are trying to undercut our freedoms because your preferred candidate lost the election. Understand that you do not represent the majority of American political or ideological thought. Over 81 Million US citizens voted during a pandemic to render their assessment of the past four years, and certainly the incompetence and “homicidal negligence” during the past ten months of Coronavirus, to render a verdict of: “You’re Fired!”

Stop trying to wrap yourselves in our flag, like an ill-fitting garment. It does not fit you because you do not honor the principles of our government nor the sacrifices that were necessary to defeat and overcome secessionist traitors in the United States and fascists and Nazis overseas. Two wars were fought to defeat these toxic ideologies on the world stage. We must not allow them to reanimate and thrive here in the third decade of the 21st Century. Your time is over. You lost. Stop hiding behind your store-bought fatigues and weapons. Violence and intimidation are the refuge of the coward. They are a poor substitute for actual patriotism and honorable citizenship.

If you genuinely love our country as you say you do, respect our Constitution, and respect the votes of your fellow Americans, even those with whom you disagree. Time and human development move forward, never backward. Accept the new normal and move on. We already have.